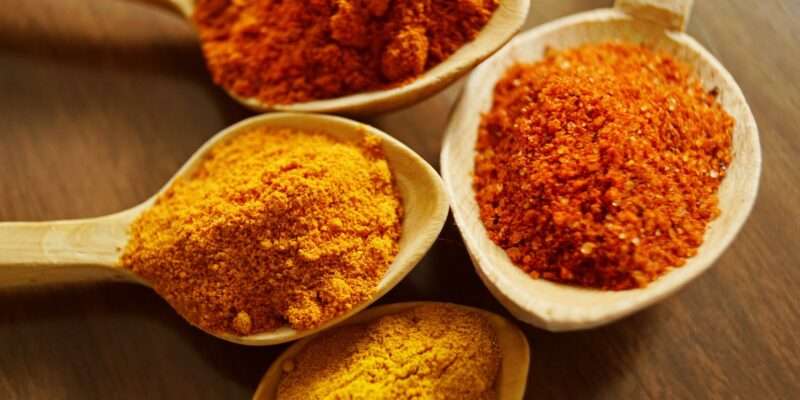 Do you know up to 84.1 % of women get period cramps during their cycle? Well, that’s according to NIH research.

While some experience mild period pains, others persevere intensive cramps for almost a week. More so, it becomes worse when your productivity or your earning power is compromised.

But what if I told you that some anti-inflammatory herbs could lessen the severity of your cramps?

Well, it’s not magic. And, I promise to tell you. But, let’s first establish some factors that may trigger period cramps in women.

According to the Mayo clinic, period cramps occur due to uterus contraction to shed its lining.

The health experts suggest that prostaglandins, hormone-like substances involved in pain and inflammations in your body, are responsible for triggering the contractions in the uterus. And, the higher the levels of this substance, the more severe your cramps or pains can be.

To back up their findings, some clinical research found a high concentration of prostaglandins in inflamed areas. This proved that prostaglandins concentrations may increase the severity of the inflammatory effect, thus can promote fevers and allergic reactions.

So are prostaglandins bad altogether?

You just need to balance so that they are neither too high nor too low in a specific area of interest. Let’s say your uterus during your menstruation.

While there are many ways of balancing prostaglandins, herbs with anti-inflammatory compounds have proved effective for the course.

What are the best herbs for menstrual cramps?

Though factors like diet and exercise may help balance hormones, many women resort to Mother Nature for reproductive health remedies. From ancient times, many communities have recognized herbs and spices as remedies to cure PMS syndromes.

These herbs can ease period pains either by providing anti-inflammatory effects or balancing the hormones to curb extremism in metabolism. Try using these potent plant allies for common PMS symptoms and menstrual cramps:

As turmeric’s main ingredient, Curcumin is a great anti-inflammatory and antioxidant, hence can relieve menstrual cramps within a short time.

Taking Curcumin at least a week before your menses may reduce the severity of the cramps. That’s according to a 2015 study conducted on 70 women who reported less to no pain during their menses after being on turmeric seven days before and three days after their periods.

How do you take turmeric?

The easiest way to take turmeric is by capsules. Alternatively;

So, how does turmeric provide relief from period pain?

This herb works by regulating the production of prostaglandins. I hope you remember that excess prostaglandin may lead to severe cramps. By balancing the levels of this hormone-like substance, you may reduce the possibility of experiencing painful periods.

Additionally, it inhibits reactions of NF-kappa-Beta (NF-κΒ), a protein complex responsible for the development of inflammation. By so doing, turmeric can bring relief from pain throughout your body.

One study reveals that ginger is just as effective as Ibuprofen and mefenamic acid. These are the two OTC drugs that have proved effective in reducing menstrual pain.

Try grating a small piece of fresh ginger into hot water for a warm cramp-relieving drink. Taking 250g ginger capsules three times a day is also an excellent way of having your daily dose. Consequently, you may drink at least three cups of ginger tea per day to experience a faster pain relief.

How does ginger relieve period cramps?

This herb is a mastermind for lowering the levels of pain-causing prostaglandins. It also helps fight nausea and fatigue associated with premenstrual syndrome and can make irregular periods regular.

Dill weed belongs to the parsley and cumin family. The herb originates from the Mediterranean region and has been used as a spice and medicine for a long time.

Dill consists of calcium, manganese, and iron, great minerals for the menstrual period. It is also full of antioxidant, anti-inflammatory, and antiviral properties, which are excellent for healing.

According to a study, Dill was as effective as mefenamic acid in reducing the severity of pain in primary dysmenorrhea. However, there is a need for further studies on its side effects.

For best results, Take 1000mg of Dill at least three days before your menses then, continue for a week.

How do the seeds work?

Dill works by reducing inflammations. It contains anti-inflammatory compounds which can reduce swelling and antispasmodics compounds responsible for reducing cramping.

In case you’re wondering where to get these seeds, your nearest health food store is a perfect place for you. Nonetheless, you may still purchase them online from reputable eCommerce stores.

Try taking your Dill with salads, soups, and bread. Consequently, you may steep them for 10 minutes and sip them as a tea while enjoying a movie.

Cramp bark is a European herb that has been traditionally used to treat muscle cramps. Medicine men have made pain relieving herbal supplements using shrubs from dried bark in the past. And today, the practice has not changed. The herbalists continue to use it in treating various pain, like period cramps and arthritis.

If you enjoy drinking tea, then you can make cramp bark tea as follows:

How does cramp bark work?

Cramp bark is a muscle relaxer. And as such, it will relax your uterus and abdominal muscles, thus promoting blood circulation. This reduces blood pressure and relieves cramps. For best results, drink at least two cups of cramp bark tea a day for three days.

Red raspberry leaf is rich in vitamins B, C, and a number of minerals, including potassium, magnesium, zinc, phosphorus, and iron. They consist of antioxidant properties which may help relieve premenstrual symptoms.

According to research, Red raspberry leaves contain fragarine elements. The fragarine is a plant compound that helps tone and tighten muscles in the pelvic area. By so doing, it reduces the menstrual cramping caused by the spasms of these muscles.

Other studies indicate that these leaves help relieve premenstrual symptoms (PMS), such as cramping, vomiting, nausea.

Taking 28 g of red raspberry leaves or 1 -3 cups of its tea a day during your menses can give you pain relief. Additionally, it may give you 3.3 mg of iron, which is just an appropriate amount for your body during periods

Cinnamon is a worldwide known spice that comes from the inner bark of the Cinnamomum tree. It consists of cinnamaldehyde, a compound scientists associated with the distinctive health and metabolism effect.

Cinnamon is an excellent source of dietary fibre. It consists of calcium, iron, and manganese.

In fact, one study sites that this herb can help reduce excessive menstrual bleeding by regulating and striking a hormonal balance in your estrogen and progesterone levels.

Drink two to three cups of cinnamon tea one to two days before your period starts to prevent cramps. You may also take 840 mg of cinnamon capsules three times a day during the first three days of your period.

Fennel seeds have proved to effectively reduce primary dysmenorrhea in women. This is according to a study conducted on 50 women in two cycles.

Additionally, they contain a volatile oil known as anethole and potent phytochemicals. These two compounds play a significant role in easing period cramps by regulating estrogen and progesterone hormones.

Start by taking 30mg of the funnel at the onset of your period. Continue with the supplements at least three times a day for three days. You can try soaking the seeds overnight and drinking the water as a detox.

How to make fennel tea

Did you know that drinking clove water at least three days a week can significantly improve your immunity?

But that is not all.

Clove is a natural pain killer. It consists of numerous anti-inflammatory compounds. In fact, research shows that cloves contain eugenol, a compound that helps relieve menstrual cramps and can also shorten the duration of your periods.

Clove water consists of vitamins and minerals like manganese, vitamin k, vitamin c, calcium, and magnesium. These minerals are essential for women’s reproductive health, especially for menstruation issues. Why don’t you try this tea for your cramp’s therapy?

Here’s how you can make clove tea:

If you’ve had about menthol and its relaxing effect, well, then you have experienced the healing power of peppermint.

According to studies, peppermint is a natural muscle relaxer. It carries a pain-relieving effect similar to over-the-counter drugs like Ibuprofen and mefenamic.

The richness of menthol in peppermint goes along when it comes to abdominal soothing for painless periods.

Also, mint has proved effective in improving other period-related symptoms like nausea and fatigue.

How does turmeric provide relief from period pain?

Being an excellent muscle-relaxer, peppermint provides relief from menstrual cramps by treating the uterine wall. It soothes and enhances the blood flow thus easing the severity of pain. Consequently, the menthol will keep you fresh and calm thus keeping your moods at bay.

Related: The Stages of the Menstrual Cycle Every Woman Should Know

Chamomile consists of excellent anxiolytic, anti-inflammatory, analgesic, and antispasmodic properties. The analgesic property is perfect when it comes to dealing with menstrual pain.

Consequently, its anxiolytic properties can give you fantastic abdominal relaxation. Not to mention, the antispasmodic properties that help in stopping involuntary muscle spasms.

Research suggests that taking 250 mg of chamomile three times a day, even before the onset of your periods, can immensely reduce the severity of bleeding, cramps, and menstrual length.

Try incorporating this great tea into your menstrual menu. It may just be the perfect solution you have been missing.

Historically, this herb from North America has been used to cure inflammations, high blood sugar, and muscle pains.

One study reveals that it consists of high vitamins and minerals such as vitamin C, K, iron, zinc, and magnesium. With blood-clotting mechanisms, Vitamin k plays a crucial role in regulating bleeding. The antioxidant properties such as polyphenols, carotenoids, and terpenoids offer relief to menstrual pain.

Researchers may be advocating for women to drink thyme tea to curb menstrual pains. That is according to a recent study that found out; drinking thyme during your menses decreases the risk of primary dysmenorrhea by 63.2%.

One study showed that thyme tea could effectively relieve period cramps as ibuprofen. The study, which involved 84 students from Babol University of Medical Sciences proved that thymus Vulgaris was as effective as ibuprofen in relieving menstrual pains in primary dysmenorrhea.

Although there are limited studies when it comes to anti-inflammatory herbs dosage, many people still make use of their immense natural healing abilities to cure reproductive health issues.

Why don’t you grab a cup today? These anti-inflammatory herbs for menstrual cramps may just make your menstrual days a safe haven.

UP NEXT: 16 Simple Home Remedies for Period Cramps that Actually Work 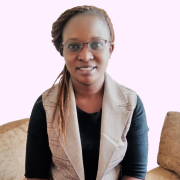 As a freelance writer and a mompreneur, Irene helps mothers to hone their parental skills, learn how to start and run an online business while taking care of their health.

14 Ancient Secrets to Losing Weight and Staying Healthy Without Toiling

Probiotics and Weight Loss: How Do Probiotics Help You Lose Weight and Belly Fat?

Probiotic for Women: 11 Health Benefits of Taking a Probiotic Once In a While